Fly by the seat of your pants!

This is one thing that took me awhile to get used to. I’m the type of person that likes things planned to the max, but working in a student environment you soon learn that no matter how hard you plan for something, things will still happen out of your control.

Literally anything can happen, and this goes with any jobs, but it’s one thing I have really learned to adapt to in my last 2 years working in such a fast pace environment.

All people want to know is that you care and you’re listening.

It’s true! Working as the social media/online person for Student Union, I’ve learned pretty quickly that no matter how happy, sad, or angry a student is. The minute you recognize them, and show them that you’re listening and care about what they have to say, you almost immediately turn the situation around. 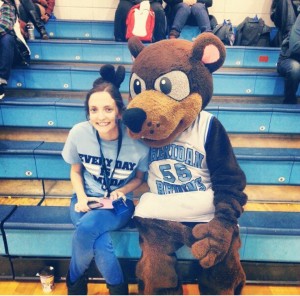 Bruno the Bear & I at a Sheridan Tailgate Party

This is such a good rule of thumb for anyone working in customer service, online or offline. No matter how ridiculous the complaint or person is, and no matter what the situation is, show that you care and you’re listening, even if you have to fake it till you make it.

Working with part-time staff is frustrating, but rewarding.

Of course prior to this job I held many different part-time positions throughout my life, but never did I have to put myself in a full-time Manager position, where I was working with a lot of part-time staff.

At Student Union I manage about 20 staff every year. All part-time, and all current students at Sheridan. Although some days I question what is going through their brains, and sometimes deal with the strangest situations that you’d never think would happen in the workplace, I know I have the chance to make a real difference in these students lives.

Students come to us when they are so close to entering the real world. They come to us to make money on the side of going to school, but also this could quite possibly be the last part-time job they have for the rest of their life. If they still haven’t learned the basics to being a good employee, this is their opportunity to learn, and our opportunity to set them up for future success. 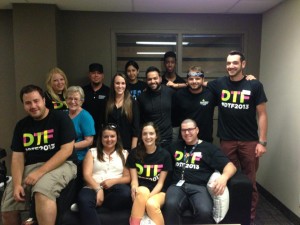 That is why my job is so rewarding, I see hundreds of staff each year walk out those doors, and out into the real world. As much as it is their teachers jobs to prepare them for the field they’re entering, it is also their employers job to help them gain the skills that are useful and necessary in all career paths.

I can’t even begin to stress how much I have learned this in the past 2 years. Yes it is something you always are taught your entire lives, and as much as you can be a team player, there are so many times that I’ve watched things fall and crumble because people didn’t just ask for help.

When working in any environment, especially a student environment where the majority of your staff are part-time and you’re dealing with 3 different campuses, you need to make sure EVERYONE is on the same page. No matter who they are in the organization, everyone should be in the loop of what is going on, and when you need help to take something to the next level, ask the resources you have sitting right in front of you! 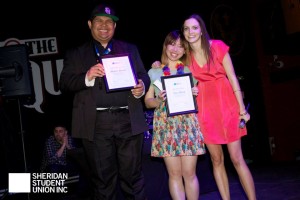 Fake it till you make it!

In a Student Union or really any organization, you may be faced with challenges that you would never expect. This is when the infamous quote of “fake it till you make it” comes in handy.

There will be times where you are asked to take on projects that you may have zero experience with, but instead of running away from it, tackle it with confidence.

In my position I have had times where I had to handle tech equipment, run initiatives and things that I knew nothing about, and even once I had to help direct and produce a music video.

The most important thing to remember is that you can seriously do anything if you put your mind to it, or at least you can figure out a way too, and even though there were tears and frustrations when I was trying to accept this, as soon as I learned to embrace it, my job became 110% more enjoyable.

It has been a great 2 years out in the full-time working world. There has been ups and downs, and trials and tribulations, but I have enjoyed every minute of it. Thank you for a great 2 years Sheridan Student Union.