Standing out from the crowd is tough, especially when applying for jobs at a place that you know, without even asking, receives hundreds to thousands of applications. So what do you do to stand out? Do you just sit around and cross your fingers, and hope out of all the resumes, yours randomly gets picked? The better choice is to probably find a way to stand out from that stack of resumes.

Especially within the marketing, creative industries, standing out from the crowd is crucial. That’s not to say that in more uptight industries, having a creative and bold resume won’t get you noticed. You just may take a different approach then a graphic designer or a marketing professional may take.

A few months ago a job became vacant at an amazing company that I dreamed about working at, Steam Whistle Brewery. This 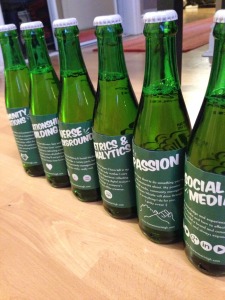 company is one that I’ve always loved. Not only is it a Canadian company, but I also just am passionate about everything Steam Whistle stands for. The role that I was applying for, appeared to be pretty entry level, and I met all the qualifications for it, but I knew that they would receive 100’s of resumes. A job at Steam Whistle doesn’t open up often (probably because it’s so awesome to work there). So how was I going to stand out, how was I going to make sure my resume got read out of all the other applicants, whom probably had years of experience on me?

I came up with an idea to deliver an application in a not so traditional way. Now just an FYI I don’t do this for every job, but a job like this I knew I had to do something more than just a typical resume and cover letter. I came up with the idea to create a “6-pack of reasons you should hire me.” I went out and bought a 6-pack of Steam Whistle. I re-designed all the labels to not only match the Steam Whistle brand, but also inform the HR manager why I was the perfect fit for Steam Whistle. I also put in the box a copy of my cover letter and resume (just in case they wanted to know more of course). I wrapped up my creation in brown paper with a bow on top and hand delivered it to Steam Whistle myself.

Then it was the waiting game. Did they even receive it from the front desk employees? Did they think I was crazy? Did I try TOO hard? Will I even hear back from them? Ah the waiting game can be horrible sometimes.

Anyways, eventually that email arrived. I was invited to complete a video interview online– which I also have never experienced before. After mentally preparing myself, I completed my interview, only for another waiting game to happen. Now most places don’t even bother contacting you if you don’t make it to the next round of interviews, but although I was super disappointed I wasn’t selected to move on to the next round, I received a personalized email from both the HR Manager, and the Marketing Manager explaining how they had so many applicants whom just possessed more experience than me, but to stay in touch. They also mentioned my 6-pack I had delivered and the creativity I put in behind my application.

I was 110% bummed out, but the attention I drew to myself through my creative and out of the box application was totally worth it. Would I have even made it to the first round of interviews without it? Probably not! Not because my resume isn’t great, but because I simply lacked the years of experience that other intermediate-senior professionals did. Although I still feel like that position was the perfect fit for me, and still would be, I’m appreciative to have been able to make an impression and connections that will hopefully keep me top-of-mind for the next time a Steam Whistle position becomes open in my field.

So what’s the lesson you should take away from this personal experience? Don’t be afraid to step outside the box. Don’t ever just rely entirely on your resume. No matter how great it is, sometimes and some jobs are just WAY too competitive for that to be enough. Go above and beyond to make yourself stand out, even if sometimes you think it’s too much (okay I don’t encourage you to stalk HR, or call continuously) but don’t be afraid of doing something out of the norm.

Below are some more creative resumes I found online that I thought I’d share for some inspiration: 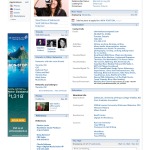 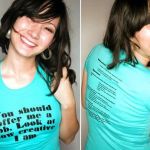 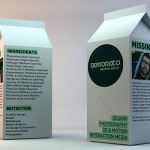 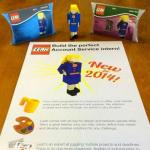 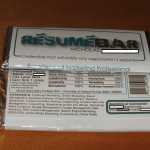 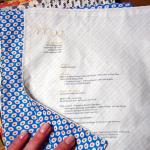 TalentEgg: How to Work in Social Media – Beginner Guide