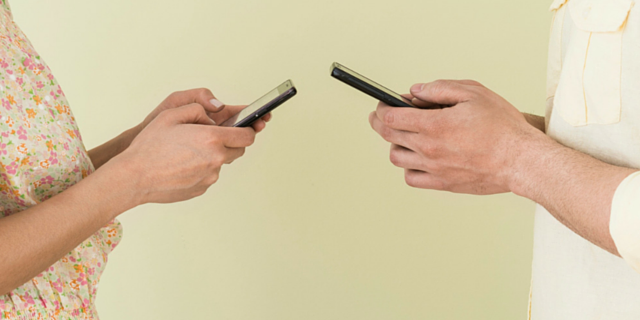 Lets face it, dating a social media professional or community manager is not always easy. If you thought a regular social media addict was bad, these people get paid to be on social media. So what are some things to expect when signing up to date one of these social media gurus? Here’s just some. 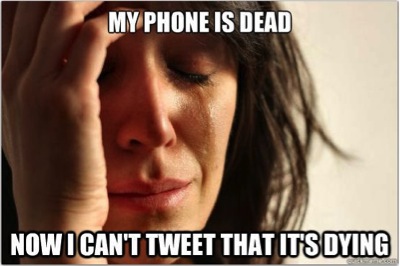 They get anxiety when their phone dies

This may expand outside of a social media professional/addict but the thought of your battery dying when you are somewhere not close to a charger gives you physical pain. This is why you probably are one of those people that never allows your phone to die. Are you going to have a long day where you’re using your phone a lot? Is there a chance you may not make it home tonight? You refuse to let that battery get too low. I mean if you’re absent from social media for a few hours, you can miss SO MUCH!

They’ll use hashtags within a regular conversation

A social media professional basically thinks and talks in 140 characters, so don’t be surprised if you hear them add a hashtag to the end of the sentence. Yes, I’m not joking with this. Sometimes there’s no other way to sum up what you’re trying to say then with a hashtag. #FirstWorldProblems #ForeverAlone, you get the point.

They’ll sit by their phone or computer waiting to see the “likes” or “retweets” increase on their posts. Don’t be surprised if they ask you if you have seen one of their posts. Your best bet? Make sure to like and retweet stuff they post, it’s a weird way of showing that you care, but it goes a long way with someone who spends 99% of their day on social media. 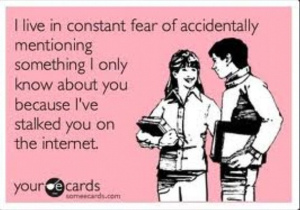 They know things about you that you’ve never told them

The thing with a social media professional, is they know the tips and tricks to finding information on just about anyone and anything. I once found a guy I met at a bar in Toronto and all I knew was his first name. Do you know how many people their are in Toronto? Social media professionals have a knack for devouring any social media profile and digging up and finding out just about anything. They look at profiles from a different perspective, so don’t be caught off guard if they bring something up and you’re like, “wait what? how did you know that?” 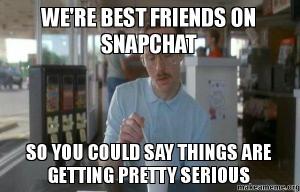 They will inform you about random tidbits of news, facts, and everything in between

Many of their sentences will begin with, “I read on Twitter” or “I saw on Facebook”. Social media is their leading source of information. They don’t necessarily pick up a newspaper, or depend on other forms of media to know what’s going on in the world. They expect to read all about it on their social media channels. On top of regular world news, they’ll know random facts, and information that most people won’t know. It’s amazing what information (both useful and useless) you can absorb by scanning a Twitter feed.

Don’t even get a social media pro started when they don’t fall under your top 3 best friends on Snapchat. Everyone knows they should be the ones you’re snapping the most, and hey there’s no hiding the fact that you snap your ex-girlfriend or best girl friend more. Try explaining that one. 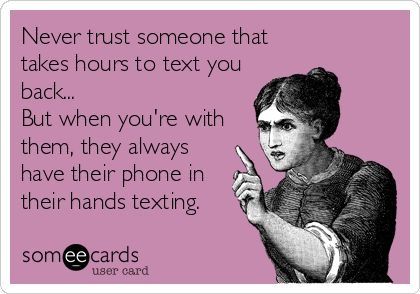 A social media professional is connected to their phone, computer, tablet, etc. 24 hours a day. They wake up in the middle of the night to check their notifications, they fall asleep with their phone in their hand, and they will message you back almost instantly when you text them. On top of that, they have a life. Yes it’s hard to believe you can have a life being that addicted to technology, but social media professionals have a knack for balancing the two, so they won’t understand why you are incapable of doing the same.

They have social media relationships and friendships

I’d be lying if I said I have never had a social media crush on someone I follow. Despite the fact I’ll probably never meet them. On top of that, I have hundreds of friends I’ve chatted with and interacted with via social media, and never met in person, and I probably won’t ever meet them in person. It’s not unheard of to hear your significant other say, “oh yah, I met her/him on Twitter.”

They need to live-tweet about the shows you’re watching

Social media professionals love to be on top of the conversation, so tweeting during TV shows you’re watching shouldn’t come off as excessive. Does this drive you crazy? Maybe don’t watch shows as they’re airing for everyone else. It’s hard to pull a social media professional away from the online community because they will have major FOMO (fear of missing out).