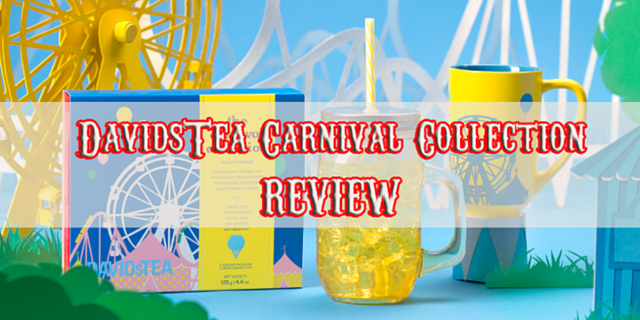 DavidsTea just announced their second collection for the summer, their Carnival Collection.

This collection of tea is obviously inspired by a carnival and contains 5 teas. Three which are new, one that has returned, and one that is part of their regular, permanent tea line. Of course when they announced this new collection, I obviously rushed down to DavidsTea to get my hands on some pitcher packs so I could try each one. Here’s my reviews on what I liked, and didn’t like in this fun, summer collection.

Much anticipated by many because they announced the edition of this tea before the rest of the collection was announced. This tea blends green rooibos, sprinkles, mango, brittle, and artificial flavouring. The smell of the tea alone is to die for and is exactly what you’d expect from this sweet new tea. This tea is extra sweet, which I’m sure you were expecting due to cotton candy in general basically being pure sugar. It’s great when you have a sweet tooth, or for a dessert tea. Definitely not a tea I could drink every single day, but it’s very good and I will more than likely purchase more of it. The only disappointing aspect of this tea is that once brewed it kind of just looks like mucky water. It be awesome if it brewed to a pink, blue, or purple like actual cotton candy! I had this tea iced, but I can imagine it would be just as good hot or as a latte.

I previously reviewed this tea prior to the release of it in the Carnival Collection, as this is not a new tea and has been part of the DavidsTea permanent collection for quite some time. To see my review on Pink Lemonade, click here.

This herbal blend was one I was most excited to try as I love hibiscus and cherry which this tea includes along with, rose hip peel, apple, currants, elderberry, sugar crystals, acerola cherries, and natural cherry flavouring. I steeped this iced tea for a long time as they suggested on their website but I’m not overly impressed by it. There’s very few teas from DavidsTea that I find hard to choke back, but this is one of them. To me it sort of reminds me of the cheery flavour cough medicine, which let’s face it – no one enjoys. I won’t be running out to stock up on more of this one personally but I did read other reviews on it and it appears that people like this tart flavour. Maybe it’s just me! 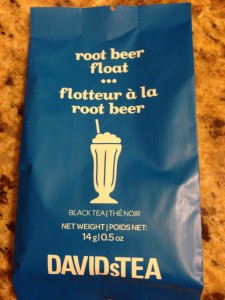 This tea is the only black tea in the new carnival collection. It blends cinnamon, black tea, white chocolate, sarsaparilla, and natural flavouring. This tea tastes pretty identical to root beer. I tried it first iced and alone, and then with a splash of milk as suggested. It definitely tastes soda’ish! Not one of my favourites, but I would drink it again! Many people seem to be a huge fan of this one, but I’m not a big pop or root beer person, so I think that may be why I didn’t fall head over heals for this one! Definitely worth a try.