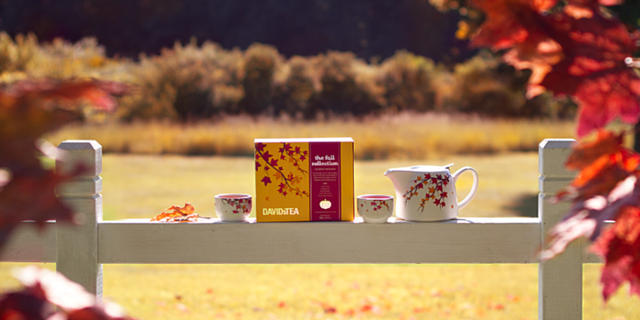 One of the most anticipated seasonal collections of the year (at least it seems like it) the fall collection has officially arrived in DavidsTea stores across the country. Personally I love the fall and winter collections the most because even though their iced tea is great, nothing beats a warm and comforting hot tea in the cooler months. I’ve picked myself up a bit of all of the new teas to give them a try, and let you know what I think about them.

Have you tried the collection? What did you think of it? What was your favourite? Comment and let me know!

A Canadian classic and a fall flavour that will instantly comfort you. Maple Sugar was actually kind of a disappointment to me, although the tea itself is delicious, I expected it to be more like a maple syrup then it was. To me the apple is pretty noticeable in this one, which to me is pretty random and surprising. You do get a hint of maple in this black tea but it is not as overpowering as I would hope. I really enjoy Oh Canada much more than this one, but it’s definitely still a great fall tea. 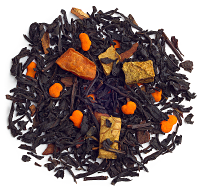 The most anticipated flavour of the year. DavidsTea fans go crazy for this one, so I didn’t even question when I bought a big tin of it before I even tried it. I love black teas and I love pumpkin, so where could I go wrong? Well I guess I went wrong in my first try of this – I usually just put tea in my travel mug and leave it in steeping all day. I never bother to steep for the time suggested, because I like strong teas. I think this is one I should have listened to the package. Leaving it too long made it bitter, and I couldn’t taste any pumpkin, or really any flavour at all. So that lead me to trying it again, but following the directions (which was much more enjoyable).

This tea has a very light note of pumpkin pie, I was actually pretty shocked to see that there wasn’t real pumpkin in it (asides for pumpkin “candies” which I think are just sprinkles). The cinnamon and cloves in it gives it that pumpkin pie taste, and smell but it wasn’t an overwhelming flavour of pumpkin. I do love this tea, but I was disappointed that it lacked a super pumpkin flavour. Like why does “Yes We Cran” has pumpkin spice in it, and this one doesn’t? 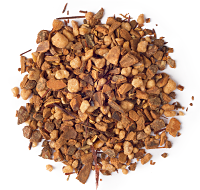 I don’t think I’ve ever had a real Snickerdoodle in my life, but anything that is supposed to taste like a cookie has to be good right? When I first brewed this tea I was surprised to find that it smelt a bit like apple, considering there’s no apple in this one. I think the best part about me never having a Snickerdoodle is I don’t have much to compare this too. You can definitely taste the cinnamon in this one, and that is for sure the main flavour within this tea. Which makes it delicious, and comforting. The other ingredients in here I don’t majorly taste, but I also have no idea what a monk fruit is? Anyways, this tea is delicious, one of my favourites out of the collection for sure, if you’re a cinnamon fan, definitely give this one a whirl. 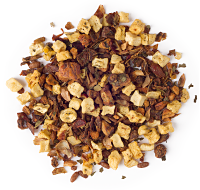 I wasn’t as excited to try my Frequent Steeper sample of this out of all the other new fall teas. I am an apple cider fan but I like real apple cider, not tea that’s pretending to be apple cider. Anyways, I wasn’t too disappointed with this one. The scent of it is appley but with less of the cinnamon scent you get with real cider. It tastes more like green apple at first taste but the overall taste is light, and not at all overbearing. Which is to be expected by a herbal tea. I would say this kind of reminds me more of apple juice then cider, but overall it wasn’t bad, and it wasn’t my fav. I don’t think I’ll be buying more of this one but I’m glad I tried it! 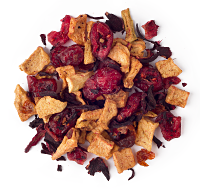 Another tea in the fall collection I wasn’t necessarily running out my door to try, but for the sake of this review, I knew I had to give it a whirl. When I popped by my local store, they gave me a sample of this iced, to be honest I really did enjoy it a lot more iced. It was something about the bitterness of this tea that made it great as an iced tea. I knew this tea was originally created to be served hot so I ordered myself a cup of it. It is a bitter tasting tea due to the cranberries, and it has a hint of cinnamon and apple. To be honest, this tastes more apple cider-esque to me than the Sweet Apple Cider. Not my favourite but cranberry fans would love it, and I wouldn’t necessarily say no if someone offered me a cup of this!