When a “Dream” Opportunity is a Lunch Bag Letdown 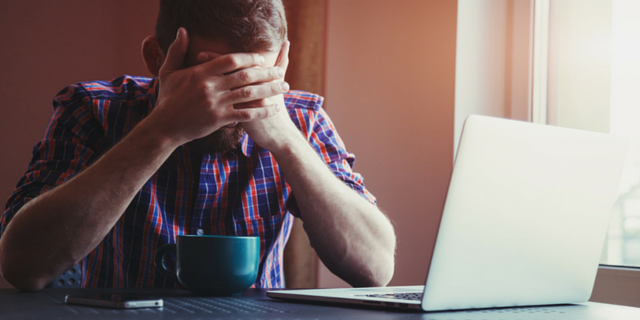 Earlier this year I got an email that I was extremely excited about—I had applied to be a contributor for a well-known blog, and they had gotten back to me saying I had made the cut! I was thrilled to be able to land an opportunity that would help my writing be seen by thousands and thousands of readers and get paid for it (it’s not always the easiest to find paid blogging opportunities). To me, this was a dream come true, and a sign that “yes, I’m doing something right,” but little did I know, this opportunity was going to turn into something I dreaded as oppose to enjoyed.

Starting out was great, we were paid a base rate, and paid more by how many social media engagements we received. The way the system was set up, I was almost always making at least $40 CDN for each article, which was decent and put some extra money in my bank account. Then suddenly the pay scale changed about three months into me starting. We now were making around $25 CDN an article, and it was really hard to make anything more than that because rarely did many articles receive the set amount of social media engagements you needed to earn more. I mean, I get it, everyone wants content to be shared as much as possible, but you can’t plan what’s going to go viral—sometimes you may think something is going to be super popular, and it hardly gets 20 shares or “likes” on it, it’s just the reality. Because of this, I was finding it hard to be motivated to produce content when my pay almost just got cut in half. It was evident that the blog had hired more contributors and couldn’t keep up with how much they initially decided to pay.

On top of the fluctuating pay scale, the team expected me to write three articles a week—something that may be doable to a regular freelance writer, but for someone like me who works full-time, does freelance work on the side, and had multiple freelance writing opportunities (not just this one), this seemed hard to keep up with. On top of that, it was clear that the goal of the content was quantity over quality—articles were clearly not being edited, and as much as I self-edit, an extra set of eyes is always helpful (also that’s why you have editors). I had articles going up, and so did other writers that had spelling and grammatical errors in them—partly my fault, but how embarrassing to both myself and the blog!

Finally I thought I saw some light at the end of the tunnel when they brought on a full-time person to be dedicated to all of us contributors (prior to this, we went through two different community managers who weren’t locally based). This new staff member was great—they took our feedback and opinions, and also understood that I had many other responsibilities and wouldn’t be able to contribute three times a week. Things were looking up, and I figured that if I stuck with it, I’d end up on top, since clearly this team was going through learning curves that I couldn’t necessarily blame them for.

Within one month, their new full-time staff member left the organization, and someone new was brought on again, who was great to work with, but still the quality of content I was creating was just not something I was proud of. Yes, you can argue that this was my fault, but the pitches that I pitched to the team that I was really passionate about and actually had subsistence, never got approved—or if they did, they’d ask me to change it into a listacle type article that gave readers no real value. I was struggling to want to pitch or write anything for this blog, because to be honest, I didn’t believe in what I was writing. As a writer, I’ve set out to write things that provide value, not just write for the sake of writing and a paycheck. I felt like I was degrading myself. Although I wanted to quit, I told myself I should stick to it and just only write when I really wanted too—which was hardly ever, until a few months ago when I received the email that they were letting go of mostly all their contributors (I can’t say I didn’t have a sigh of relief).

What I learned from this experience is that your dream opportunity may not always turn out the way you had hoped it would. At one point I thought this would be my “big break” in the writing world, and then I soon realized that writing for places I’m passionate about and creating content that’s “me” has way more value than a paycheck.

Questions to Ask Before Getting Social Media

Why QR Codes Should Never Be Talked About Again