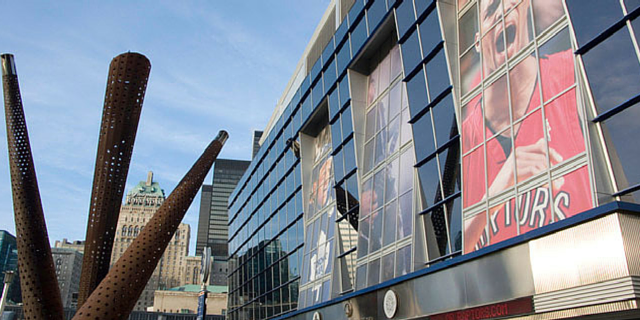 If you haven’t heard yet, Maple Leaf Sports and Entertainment has decided to partner with Ford Auto on a sponsorship deal where they will be renaming Maple Leaf Square to Ford Square. Yes this is a real thing, and will be in place for the next 5 years. In my opinion this is a bad idea for many, many reasons. Here’s just some:

Do you really think of automobiles when you hear the word “Ford”?

We all know that the word “Ford” has a deeper meaning than automobiles in the city of Toronto and beyond right now. When it was announced of the new rename of Maple Leaf Square, you can almost guarantee that 99% of the population did not think, “Wow a great opportunity for Ford automotive”. They more than likely were thinking, “How on earth did Rob Ford manage this one?” or “Rob Ford gets cancer and now he has a square named after him?”

Let’s face it, even though Ford Automotive have been around for much longer than Rob Ford, unfortunately the word “Ford” does not have a positive link to it anymore.

Okay you can rename it, but let’s just think about all the people that grew up knowing the Rogers Centre as the Skydome. They will basically never be caught calling it anything other than Skydome, despite the fact that Rogers has taken over. Rogers Centre was a very different case in which “Skydome” didn’t necessarily have some sentimental, sports-team affiliation like Maple Leaf Square does.

The Toronto Maple Leafs are a part of Toronto, it’s in Torontonian’s and adopted-in Torontonian’s blood. Maple Leaf Square is a place where Toronto comes together to celebrate all things sports, and although it was briefly referred to as Jurassic Park for the NBA playoffs, it is a place that can’t just have a completely unrelated name change. Ford Square does not resonate with the 1000’s of fans that gather in that square each year, and yes some can argue that eventually it will catch on at some point through this 5 year sponsorship deal, but there is no way of changing the way Torontonian’s and those across the nation look at the word “Ford”.

If anything, they now look like Rob Ford is crossing the boundaries by taking-over and invading our beloved sports teams in Toronto.

You’re taking out the Canadian.

Okay I know this is dramatic, and we all know you can’t take the Canadian out of Canada BUT could MLSE have at least formed a sponsorship deal with a Canadian company when it came to the renaming of the square? Ford Motors is an American company. Can’t America let us keep something that’s one of the most Canadian things out there?

It all comes down to the “why” for me. Why? Would a brand even dare touch the traditions and legacy of Maple Leaf Square? Why would they think of all places, Toronto would be the right place to rename a square “Ford Square”? Why would Ford not just plaster their logo everywhere and create a deal with MLSE to change the name to “Maple Leaf Square presented by Ford”? Why didn’t Ford think of the sentiment that their name has around the city of Toronto?

The questions are endless on who thought this was a wise idea on either MLSE or Ford Motors end but I guess you can’t expect anything less when the $$ is on the table. So who’s already starting the 5 year countdown till Ford vacates the square?

Update:
MLSE announced that Maple Leaf Sqaure will not be renamed but now just include a Ford Fanzone within it.