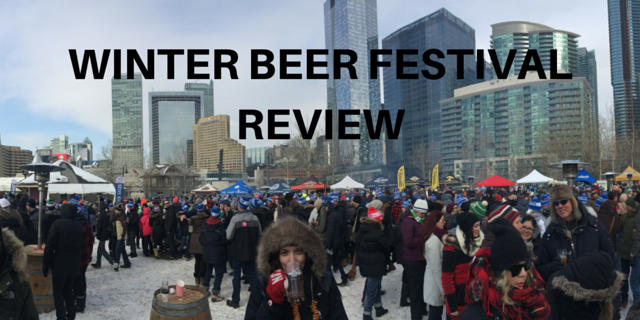 It’s the most wonderful time of the year, and one of my favourite days next to the Toronto Beer Festival that happens in the summer.

The Roundhouse Winter Craft Beer Festival at Steam Whistle happened a few weekends ago on January 31st on the Steam Whistle Brewery grounds. An outside beer festival that is home to over 20 different craft breweries who come together to put on a great festival. Local breweries such as Steam Whistle (obviously), Mill Street, and Amsterdam Brewery are 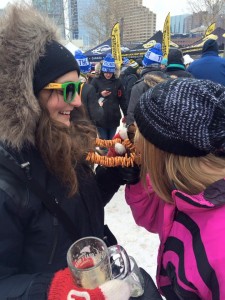 on site, but also other breweries that you may not usually try while shopping in your local LCBO or Beer Store. The beer festival is a great place to try new beers you’ve never tried before, support local breweries, and of course, have a hoot doing it.

This year the weather was better than last, we didn’t quite freeze to death and we even had some beautiful fluffy snow falling the whole day (although we did wear a million layers). Dress to be warm, and not to impress at this festival, and you’ll be good to go for the day! One disappointment was waiting in line forever to get into the festival despite the fact we bought our tickets in advance. The attendance seemed to gr 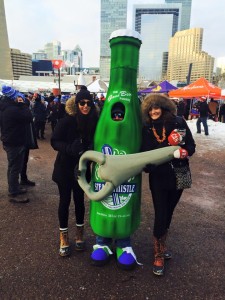 ow by a lot this year in comparison to last year, and the entry system didn’t seem to be very efficient.

Once we got inside, it was well worth the wait. There was music, good food from food trucks, plenty of beer, and even heat lamps for those that were a bit too cold. The one reason I love beer fest the most is not because I LOVE beer, but I love the atmosphere. Everyone is happy, no one is sloppy drunk, and everyone is genuinely having a good time together. It really doesn’t get more Canadian than standing outside in the cold, drinking beer.

A few downfalls of the day were the lines for the bathrooms, and the lack 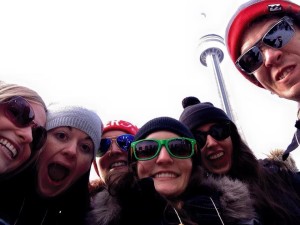 of food trucks. By 2pm (it ended at 5pm) there were already 2 food trucks that were out of food! Since there were only 7 food trucks, 1 that couldn’t make it and 2 that ran out of food that really limited your options of foods to try. We waited for over an hour at one food truck to get something to eat!

Although the day was great and the downfalls didn’t ruin my experience, I definitely suggest that if this event continues to grow in popularity that Steam Whistle takes some notes from the mega Toronto beer fest that happens in the Exhibition Grounds in the summer.