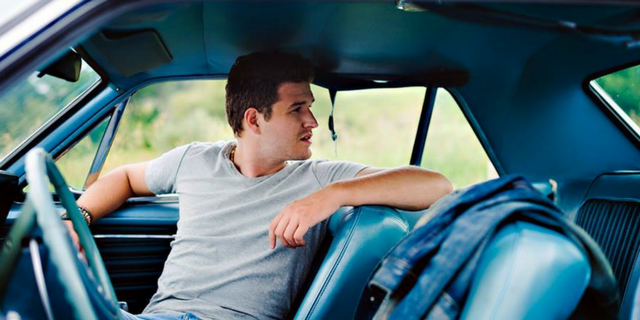 The saying about “it’s not what you know, it’s who you know” is one that we are all probably familiar with, but in reality, not all of us are lucky to have contacts in the fields and industry that we want to pursue. So where do you start when you are trying to pursue your dreams, how do you get yourself in front of the right people? Usually the answer is as simple as—put yourself out there, attend events, talk to people, and eventually you’ll make the right connections. For Canadian country music artist, Scotty James, this is exactly what he had to do.

Growing up in Waterloo, Ontario, Scotty always knew that his passion was in music—an industry that constantly proves to be more difficult to get yourself through the door, as you can’t just count on great work experience and a rockin’ resume. He knew he wanted to pursue his passion in music, but in 2010 he was feeling at an all-time low. “I was personally going through a hard time—I wasn’t working at the time, I just lost my Grandma to cancer, my girlfriend broke up with me, and I was sleeping on my sister’s kitchen floor because I had nowhere else to go,” Scotty shared.

When it seemed easier to give up, Scotty kept on trudging through the hardship and in an act of desperation after being fed up with sitting around waiting and hoping things would happen with his music career, he came up with an idea—he was going to go door to door serenading anyone who would listen to his music for money. By pursuing an untraditional method of networking, Scotty knew that if he worked hard enough, and knocked on enough doors, something would come from it.

“It was hands down the hardest thing I have ever done in my life,” Scotty shared. “I was rejected more times than most people will ever be in their entire lives. I would find myself sitting on curbs debating whether or not I should continue to pursue this dream.” Scotty knew that if he wanted it bad enough, he had to keep going. Despite knowing that the door to door approach had long been dead, and people didn’t like others showing up on their doorstep, he knew the rejection was going to be a prerequisite in this industry. He was just going to have to keep on trying until hopefully, eventually he’d catch a break. Little did he know, that break would come from unexpectedly knocking on the door of his now music manager.

Scotty was then signed to an artist development deal, and also got his first album funded which within 8 months he had his first single hit the Canadian Billboard charts. Things were looking up after spending so much time knocking on doors, and getting rejected. In fact, Scotty was even cut three years in a row from his high schools music talent show prior to all of this! Learning from the rejection, and making adjustments as he went, was really what helped him get to where he needed to be. “I find that results come after rejection, so if you can stick it out for long enough eventually you will find luck,” Scotty explained.

Without Scotty having hit what felt like rock bottom, and deciding to go door to door to help him make ends meet, he would have never happened to knock on the door of his music manager. On top of that, in his informal way of networking, he even met event promoters, lawyers, actors, doctors, and famous athletes, all of which either helped fund his career or have helped him in some other way. He was persistent in following his dreams, and seeing the light at the end of the tunnel, and is living proof that not everything in life comes easy but if you want something bad enough, you’ll find a way to make it happen.

See the World in One Minute
TAGS Inspiration