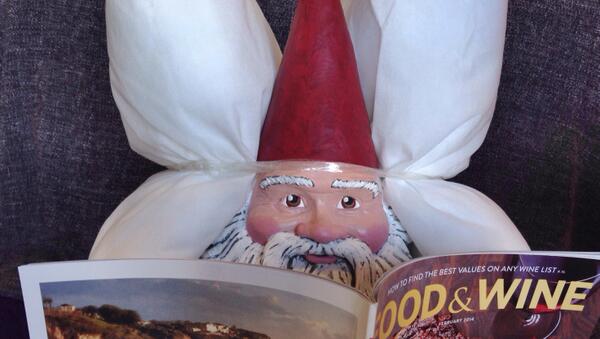 In the mass amounts of clutter in the online space, it’s often hard for a business to really step outside the box and master the social space. Although, we are seeing more and more of it all the time as companies fight to stay on top and stand out. One company that I feel has really mastered their voice and personality for their brand is Travelocity. Travelocity has several social media accounts for their different divisions, countries etc. but the one account in particular that stands out to me is their Roaming Gnome account.

Why does this account stand out so much to me? As we all probably know, Travelocity’s mascot has always been the little garden gnome that is often seen across all their media platforms, in their commercials etc. In fact, you can even buy your own (my Step Mom has one in her garden). This iconic figure is really one of the first things that come to mind when thinking Travelocity, so what better way to create a personality behind your brand then to create a personalized Twitter account just for their gnome? 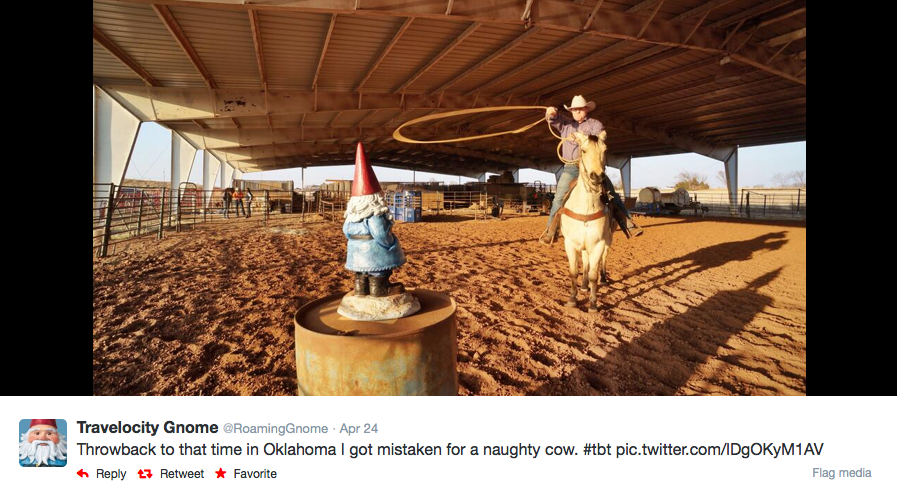 This account blasts out such relevant, funny content and I love following along to see what he’s doing next. Travelocity will feature the gnome in several different destinations and hot spots around the world. Not to mention, he also often chimes in and live-tweets during relevant TV shows like The Amazing Race. The Roaming Gnome travels all around the world and does an excellent job of not only promoting different destinations but putting such a clever personality behind a brand, it almost makes you feel that the Roaming Gnome is a real person (if you use your imagination).

Overall Travelocity is doing something that no other online travel agency is doing, which to me makes them come out on top in this competitive industry online.