This past Friday I had the opportunity to be a part of Nike’s High School Grand Prix that takes place annually in Toronto. Hosted by TrojanOne, Nike & School Sport Canada, the event is a national invitational track & field meet. Schools apply across Canada each year and only 2 teams (one boys, one girls) are chosen from each provinc 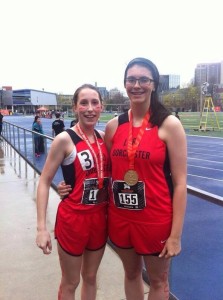 e to participate. Teams aren’t just chosen based on being the best in track, but also being a well rounded student & athlete. The selection team looks for those that have great academics and participate in a variety of things at school such as other sports, student council, clubs etc.

I had the opportunity to volunteer as a Press Attache for the day. I was assigned Ontario for my province to cover for the event. My goal was to make the athletes feel like Olympians, and collect quotes, photos etc. with them throughout the day. I had a chance to hangout with two pretty cool teams of kids and get to know a bit about their stories, and where they came from. Not to mention I got to watch them run their hearts out and stand proudly on the podium when multiple Ontario athletes won medals.

Overall the event was awesome and is a great example of why I’m such a strong advocate for volunteering. I work full-time and didn’t necessarily do this volunteer opportunity to land a new job, I did it to gain some more experience outside of my regular 9-5pm job and get the opportunity to network with others. On top of the Press Attache volunteers, there were several other volunteers at the event to make it a successful one, including Team Ambassadors that volunteered 4 days of their time to be with the teams 24/7. 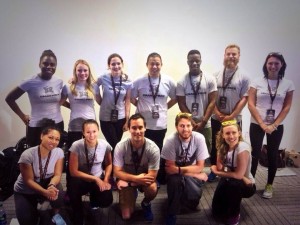 Being a part of such a grand scale event, and getting to see the happy faces of so many student athletes was an amazing feeling. I would strongly encourage those looking for a fun opportunity, where you can gain valuable experience, to keep an eye open for the Nike Grand Prix in 2015.

Thanks TrojanOne for a great day!

Why You Should Volunteer

The Time I Went Viral