Working for the NHL: When Passion and Your Career Align 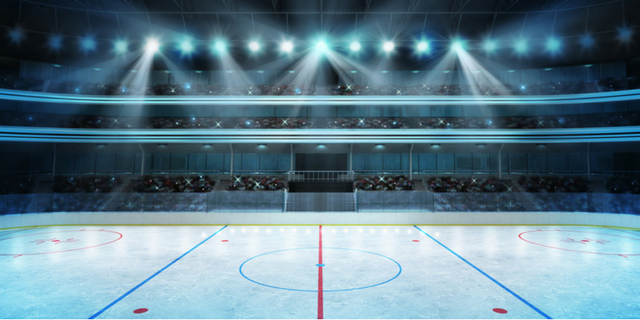 Growing up with a passion for sports, primarily hockey, Chris Ackroyd knew that despite his love for the game, he had slim odds of having a long career as an athlete. Just like many young students, he found something that could satisfy his passion and also help him actually land a job upon graduation, which for him was studying commerce in sports administration.

Like many new grads, he was desperate for a career when he graduated, so when he was offered a job in insurance, despite its lack of connection to sports, he took it. “I was offered a job and I needed a job,” he explained. But Chris didn’t let himself lose touch of the sport he loved completely. While pursuing a career in insurance, he continued to officiate hockey and stay in touch with the sports world. He knew he wanted to be involved in sports still, but just wasn’t sure how he was going to fit it into his career yet.

Eventually a dream job for Chris opened up at the National Hockey League (NHL) in public relations and social media. He applied for the position, went through the interview process, and with his relevant experience from school, combined with his passion and experience with the game, Chris was asked to join the team as the In-Game Social Media Coordinator.

But landing what some would call a “dream job” doesn’t just get handed over on a silver platter. Chris explained that there were two things that helped him immensely in getting hired into his role, the thorough understanding of the game and the connections he had within the industry.

Chris refereed and played hockey for years, and understood the players, terminology, and everything in between. It was clear that he wasn’t just passionate about the game, but he knew it. On top of his wealth of knowledge, he had spent time building relationships prior to landing his role that were able to vouch for him. “I made myself top of mind when a position opened up,” he explained. “There are a lot of people applying for jobs with the skills required on the posting, think about what you have/what you can do beyond that.”

Many of us, myself included, dream about landing their dream job, but often times (most of the time) your first job isn’t going to be it. So how do you get yourself there? Chris explained that there are too many people afraid to ask for advice or help from fellow professionals because they’re frightened or intimidated that they’re bothering others. “In my experience, people want to help out, and not enough people are asking questions.”

We hear all the time how important networking and making connections is, but how many of us actually put ourselves out of our comfort zone to regularly do it? When you first land a job, it’s easy to get comfortable and settle. Often times we forget that we should be learning and growing from the experience as it’s helping us determine what it is we do and don’t want in a career and in life.

Chris for example, has a job that some would think you would never want to give up, but just like all of us, he shared that he didn’t, and still doesn’t know what he wants to do for the rest of his life. He knows he loves writing and hockey, and thankfully has found ways to be in involved in those worlds, but he explained that there are other roles out there that interest him too, and that’s okay.

Many of us Millennials are untraditional in our ways of thinking about a career, very rarely will you meet a young professional that wants to stay in the same company for the rest of their lives like our parents once did. But we’d be lying if we said we didn’t eventually want to have that “ah-ha” moment of clarity where we realize what we’re doing with our life is what we’re meant to be doing.

Chris shared that his best advice is that if you haven’t figured out what that “thing” is for you yet, figure out what the “space” is for you. For him, his space is hockey and social media is currently the “thing” that is allowing him to keep his passion alongside his career. “Live in that space and work to create opportunities and meet people. You might find out that the job of your dreams is a role you didn’t even know existed.”

In today’s world, we have so many opportunities sitting right in front of us. We can connect with thousands of different people with the click of our mouse. We can find likeminded people from all over the world that share the same interests and passions as us. Yet we’ve all been guilty on settling or “giving up” when things get too tough. For Chris, what got him to where he is today is his passion that he never lost sight of, and even if you don’t know what that passion is for you yet, put yourself out there and challenge yourself to explore what’s out there until you find it. And hey, maybe that will lead you to your “NHL” job one day too.