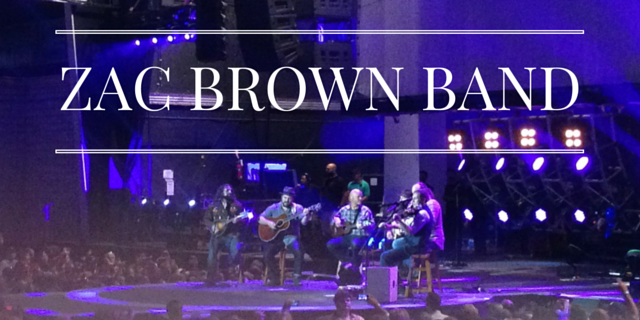 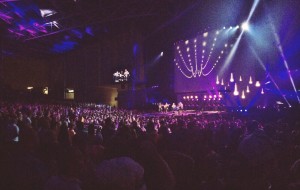 Zac Brown Band’s opening act was Sturgill Simpson, and in my regular routine of concerts, I skipped him as I heard he wasn’t that great. Plus, I was coming to see Zach Brown Band and most of the time am not that interested in catching the opening act.

Zac Brown Band hit the stage at 8:10pm with Whiskey’s Gone a song that I’m not too familiar with as I haven’t kept up to date with Zac Brown Band’s newer music. His first song was then followed by Uncaged, and a few covers which seemed to be the general theme of the night.

The band did a lot of different covers, including Led Zepplin’s Kashmir, The Devil Went Down To Georgia (which was amazing), and several others like Piano Man, Metallica, Tom Petty, and more Led Zepplin covers – a surprising mix of music for a country concert.

My favourite’s of the night were Zac Brown Band’s classics like Toes, Jump Right In, Chicken Fried, and Colder 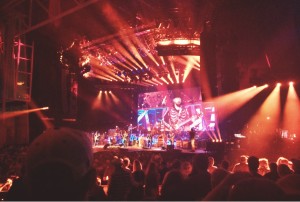 Weather. The band was absolutely amazing, with about 9 different members. Their violinist in particular left the crowd speechless with his solos.

For their encore they came out with glow in the dark skeleton costumes which was creepy yet awesome! I was slightly disappointed with their encore songs as it included 2 metal covers (Metallica, and Led Zepplin) which although amazingly done, I came for country, not metal!

Overall the concert was entertaining, lively, and a lot of fun, just like most country concerts! I was blown away, and wasn’t expecting to be as Zac Brown Band isn’t one of my fav country acts. I would definitely recommend catching one of their concerts even if you’re not a country fan!

For the full setlist from Friday’s concert, click here.